The 7th Symposium of Buffaloes of Europe and the America opened at San José in the Hotel Wyndham on May 5, 2014 with welcome salutations of the organizer, Alvaro Salas Vega, President of AsoBufalo (Association of Breeders of Buffalo Species) in Costa Rica. Salutations by Claudia Roldan, President of the International Buffalo Federation (IBF), who will organize the World Buffalo Congress in November 2016, followed. Afterwards the Vice Minister for the Agriculture, José Joaquin Salazar, remembered the project to achieve the independence of Costa Rica for the basic feeding of his people.

The opening lecture was presented by Prof. Antonio Borghese, General Secretary of IBF on theme “Buffalo Livestock in the World. How are developing market and sanitary controls”. The speaker introduced the activity of the IBF, starting from the information by the Buffalo Newsletter and by the formation (the IBF Training Course which will be held from 16 to 27 of June in Latina, Italy) until the programs of development projects and the publication of the new book, edited by himself, coeditor the Council of Research in Agriculture, “Buffalo Livestock and Products”. After he showed a panorama of different products in the markets and of different economies in the countries of Asia, America and Europe, in particular Italy, of which he boasted the excellence for the genetic progress, for the sanitary control and for the quality of products, the best and the most known is the mozzarella, for his image and for the role on the national and international market. The speaker after that gave the word to Dr. Antonio Fagiolo, who concluded with an examination of sanitary controls, in particular as a guarantee in the export of live animals, as in the last experience of export of 2200 Mediterranean Italian buffaloes of high genealogy in the Philippines.
After vivacious discussion, the session dedicated to the situation of meat production in Latin America started. The situations of respective countries were shown by: Claudio Varella Bruna, President of the Buffalo Breeders Association of Brazil, A. Mohammed of the University of Trinidad and Tobago, Eduardo Luis Maitret of the Breeders Association of Mexico, Claudia Roldan, President of the Buffalo Breeders Association of Colombia, Luis Gomez for Costa Rica.

In the afternoon the meeting of the Buffalo American Association was held, who nominated as president the Ing. Oscar Molina, who will organize the next Symposium for America and Europe on November 2015.
In the evening the IBF meeting was held, where obviously only American delegates were present, three Italian delegates (A. Borghese, A. Fagiolo, A. Chiacchierini), nobody from the other continents: delegates spoke about the organization of the next World Buffalo Congress on 2016 and about the possibilities to increase the actions of IBF.

The day after, May 6, Rafael R. Paiva of IDEXX Livestock, USA, expounded about the use of PAG in pregnancy diagnosis and in embryo mortality. Edoardo Moreno from National University of Costa Rica, spoke about prevention of Brucellosis, priority problem in the Centre and South America, where vaccination is largely applied; A. Fagiolo during the discussion underlined the necessity of distinguish the serum-positivity from vaccination in comparison with that one from infection and he suggested the vaccination before 6 months.
Jesus Berdugo, from National University of Colombia, presented the protocols of embryo transfer, produced in vitro, very expensive and with low ratio, in comparison with the expected results applying A.I., therefore A. Borghese suggested Artificial Insemination in the projects of genetic improvement.
Marco Zava (Argentina) showed a film and a conference on the buffalo production in his country: from the farm to the plate.
After that Alvaro Salas Vega concluded the Symposium.

The day after, May 7, early in the morning, the Buffalo Tour started, and we visited the University of Tropico Umido “Earth”, afterwards Corsicana farm for the production of pineapple in Sarapiquì, 1300 hectare large: Costa Rica is one of the greatest producers and exporters of coffee, bananas and pineapple. After we arrived in the farm of Mendoza family, where on rich and beautiful pasture of Brachiaria we looked at Mediterranean Italian x Murrah x Buffalypso crossbreds, as the last one breed is the primitive genetic basis in Costa Rica too, as in all the countries of the Centre America, called Caribe. Mendoza farm presented his products: yogurt, caso (not stretched cheese), cacioricotta.
We passed the night at La Fortuna, a thermal area under one of many active volcanos in the country, and after we went to Upala, where we visited the Italacteos industry, of Italian family Puchino, with a splendid modern cheese industry, where mozzarella, treccia, ricotta and high quality cheeses are produced and after distributed in all the sites of Costa Rica and on Panama market. We visited after the Puchino farm, where the crossbreeding with Murrah on the local Buffalypso was applied to increase the milk production and where a modern milking room is present.
We passed the night in Papagayo gulf, with a splendid panorama on Pacific sea, and after we went to Bolsòn farm, near Filadelfia and near one of the many National Parks of Costa Rica, which is one of the most famous countries for ecology in the planet.
The farm place is in the equatorial forest, more dry in comparison with the humid forest of Atlantic front, and is possible to achieve the farm only with jeep cars, passing through a blooming flora and a surprising fauna: butterflies, birds, apes, iguanas.
The owner, Luis Roberto Clachar Rivas, showed his herds of Mediterranean Italian buffaloes, obtained with substitution crossbreeding on local breed, with evident goal to create a dairy purpose breed and a milk and cheese industry. Afterwards he carried us on a canoe on the river, where caimans, apes and palmipeds live free in the nature.

Really an unusual and exiting conclusion in a surprising country. 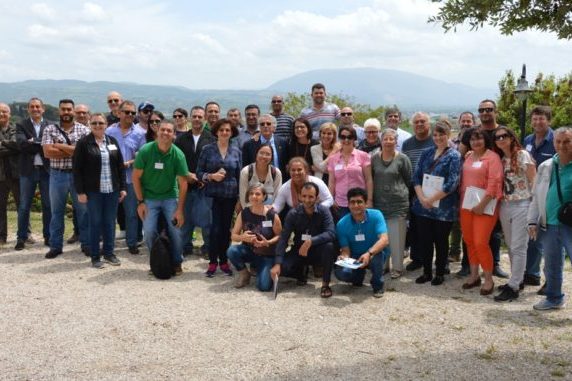 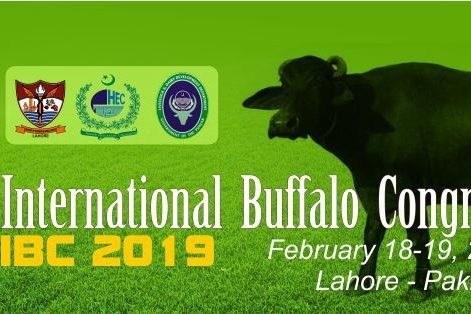